Here is an interview I did for a Swedish newspaper about my kids music, my videos and my shows about dinosaurs for kids. Sorry if it doesn’t make any sense. But I’m working on a video series called ‘Swedish for Beginners’. 🙂 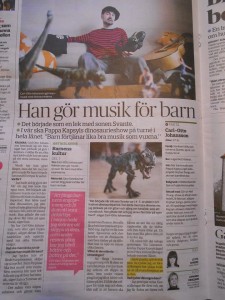